No specials at this time. Choose from the menu below the combination with the desired "Contrada" 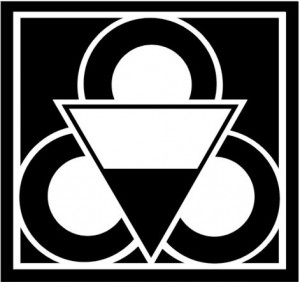 “Palio di Siena” chess: artistic creation composed by 32 pieces made with marble dust from the quarries of Carrara, aged and hand-painted with rich details by skilled masters of art.

the Roman She-Wolf suckling the twins.

Black and white with orange-yellow bands.

"Piazza del Campo" is still used today for the well known Palio horse race which is one of the most famous popular Italian manifestations. It takes place every year on July 2 and August 16. The Palio is run to celebrate the miraculous apparition of the Virgin Mary near the old houses that belonged to Provenzano Salvani. The holy apparition was therefore called "Madonna di Provenzano" in whose honour the very first Palio was run on August 16, 1656. The Palio was run for the first time in 1701 in honour of the "Madonna dell'Assunta" the patroness and Advocate of Siena through all the tragic events since she protected the Sienese militia at the famous battle of Monteaperti on September 4, 1260, against the Florentines.

The Palio is a historical secular tradition strictly connected with the origin of the Contradas of Siena (districts into which the town is divided). The Contradas are spectacular agonistic institutions each having their own government, oratory, coat of arms, appellations, sometimes titles of nobility, emblems and colours, official representatives, festivities, patron Saints, with protectors, delimited territories and population which consist of all those people who were born or live within the topographic limits of the district, according to the proclamation issued by Violante Beatrice of Bavaria on January 7, 1730, at that time, Governess of the town.

Originally, there were about fifty-nine "Contrade"; now only seventeen remain, ten of which take part in the historical pageant and in the race at each Palio (seven by right and three drawn by lots).

Of all the ancient games only the Palio has survived. The preparations for this parade are slow and methodic like a liturgical procedure. Four days before the day of the Palio trials take place in the "Campo" square which is turned into a race track. A thick layer of earth is spread on the ground and a row of mattresses is placed against the walls at the dangerous corner of San Martino to protect the jokeys in case they fall.

The whole square is amazingly fit for such manifestations because its shape is that of a mediaeval Roman amphitheatre closed at the base by the straight line of the Palazzo Pubblico. Besides being semi-circular this peculiar square is also funnel-shaped like the theatres of the imperial age. All around the track, perched up against the walls of the houses, seats are arranged one behind and above the other like bleachers. Windows, balconies and loggias, too, are made ready for the visitors; 33,000 seats in all, but they are far from sufficient and are always sold out long before the day of the performance. In the centre of the square there is room for about 28,000 people to stand, but this is not enough either and the roofs, the turrets and the cornices of the old houses looking on to the square are also crowded. There are people everywhere, even in the most unlikely places.

On both the appointed days every year the "Contrade" - that is to say all the Sienese population - compete for a prize which is but a hand painted silk banner (pallium). Each "Contrada" is represented by a group of young men called "Comparsa" arranged as follows: one drummer, two flag-bearers, with their flags, one "Duce", two grooms, one page carrying a flag with two pages at his sides carrying the emblems of the "Contrada", the race-horse called barbero with a jockey called "barbaresco", last the jokey who is to run the race on a parade horse called "soprallasso" followed by a groom.

The historical parade is a lively display of rich medieval costumes which date back to the time period from 1430 to 1480; their colours are as bright as one may fancy.
When this magnificent pageant has slowly gone round the square, all the representatives go to sit on a platform raised just for the purpose beneath the windows of the "Palazzo Pubblico". As soon as everything is quiet, the flag-bearers from all of the "Contrade" perform together with their flags in what is most commonally known as "gioco delle bandiere". They throw them high up into the air and catch them again before they touch the ground; it is a splendid, most decorative display of colours accompanied by the beating of drums, the sound of bugles and trumpets and the chimes of the big bell on top of the "Mangia" tower; the little bell on the chariot, known in Siena as "Martinella", is also very busy ringing.

All of this is but a prelude, a time of anxiety and expectation. When at last the horses appear and the race starts, the crowd becomes delirious. The jockeys goad their horses round the square three times and the people shout as if the town were about to fall.

The spirit of Siena is in the very colours of her "Contrade" and in all the manifestations connected with each of them. First of all, the benediction of the horses and jockeys, each in the church of their own "Contrada", early in the afternoon just before the Palio. It is this spirit that animates the whole manifestation and contributes such enthusiasm and pathos to the scene.

This traditional popular manifestation lasts four days (from June 29 to July 2 and from August 13 to 16) and finishes in the streets of the victorious "Contrada" where the people celebrate the happy event in a most joyous way. Winner pays all.

Whoever happens to be in Siena during these exciting days can, but join in the enthusiasm of the people for the Palio and, of course, the final victory. Visitors, in fact, often go roaming through the winding streets of the ancient town sympathizing with the "Contrada" in which they are living; they do their best to understand the alliances and rivalries between the contradas and temporarily become fervent "contradaioli" (as the inhabitants of each Contrada are called) having much at heart the health of the race horse and of the jockey.